What color paint is used on all public phone booths and mailboxes? Red. If you have visited England before, you have come across the red phone boxes.

Despite the use of phone booths going down over the past years because of cell phones, you can still spot the telephone kiosk throughout the UK.

They maintained the colour red all over England and some of the former British colonies.

They initiated a project to restore the phone booths after they almost went out of use. The booths can be adapted for other uses by different people.

The mailboxes, however, are still functional up to date.

When the adoption project kicked, the classic red phone booths were used for many things.

Some were converted into small libraries or small bookshops. People started buying them, fixing them up and repurposing them to act as book exchange shops and libraries.

But why the colour red? Let's find out...

DISCLOSURE: TheRuggedRooster.com is reader supported so if you buy any products featured on this site I may earn an affiliate commission. As an Amazon Associate I earn from qualifying purchases. Read my full disclosure here.

Why Paint The Phone Boxes and Mailboxes Red?

People like red boxes because they are different from regular shops.

The original idea was to paint the booths and mailboxes red to be easy to spot. Red is a popping colour; it was very effective in the busy cities and streets for someone to notice them.

Before smartphones took over, the phone booth was very much used by almost everyone. The public mailboxes were also painted red for the same reasons.

Since the mailboxes were meant for public use, the same as the phone booths, it was only fair for them to be painted red.

The colour has not changed to date, and people still use them to mail different things. The boxes have not been repurposed like the phone booths because they are still functional.

Community heartbeat trust adopted one thousand red booths across the UK and placed defibrillators inside.

They wanted to help locals in case of a heart attack. The idea was perfect because the booths usually are centrally located.

The mailboxes and booths appear on maps because they are iconic, and people can easily find them.

They are one of the unique features you will notice in England, which is a rarity in most places. In other countries, public mailboxes may differ in colour or design.

Small business owners that embraced the use of phone booths all maintained the colour red. You will notice an art gallery, library or any other business, but the colour of the kiosk will still be red.

Many UK visitors have always liked taking pictures in front of the red phone booth and mailboxes.

They have become more iconic over the years. People can always guess where you are if you take a picture close to the boxes.

They are among things like the double decker buses and taxis that fascinate many tourists. The locals might be used to the red boxes strategically positioned in all their cities but not the visitors.

Many of the booths cannot be destroyed now despite not being used as much. That is because their historical significance protects them; even after adopting one, you cannot remove it.

The red mailboxes and phone booths are a big part of England history.

Chances are they will not be going out of the picture soon because of the adoption project.

For your next visit to England be keen when you walk on the streets. You might come across some of the phone booths that are being used for other purposes.

DISCLOSURE: TheRuggedRooster.com is reader supported so if you buy any products featured on this site I may earn an affiliate commission. As an Amazon Associate I earn from qualifying purchases. Read my full disclosure here. 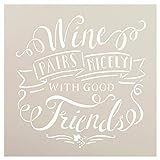 A Well-Crafted Home: Inspiration and 60 Projects for Personalizing Your Space
Check Latest Price
SaleBestseller No. 3

Do it Yourself
Check Latest Price
Bestseller No. 4 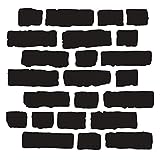 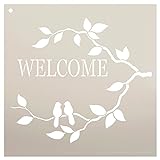 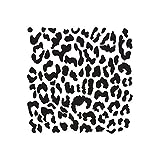 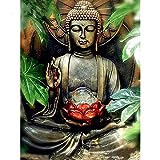 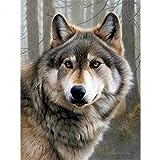 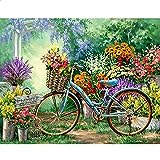 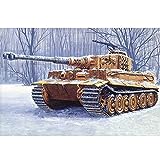 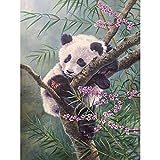 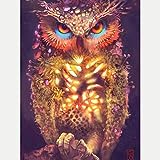 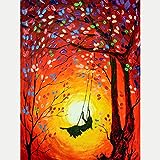 5D DIY Full Drill Diamond Painting Kits Tree Sunset Round Crystal Rhinestone Embroidery Cross Stitch Picture Supplies Art Craft for Home Wall Decor for Adults Kids, 11.8 x 15.7 inches, Frameless
Check Latest Price
We use cookies on our website to give you the most relevant experience by remembering your preferences and repeat visits. By clicking “Accept”, you consent to the use of ALL the cookies.
Cookie settingsACCEPT
Manage consent

This website uses cookies to improve your experience while you navigate through the website. Out of these, the cookies that are categorized as necessary are stored on your browser as they are essential for the working of basic functionalities of the website. We also use third-party cookies that help us analyze and understand how you use this website. These cookies will be stored in your browser only with your consent. You also have the option to opt-out of these cookies. But opting out of some of these cookies may affect your browsing experience.
Necessary Always Enabled

Performance cookies are used to understand and analyze the key performance indexes of the website which helps in delivering a better user experience for the visitors.

Analytical cookies are used to understand how visitors interact with the website. These cookies help provide information on metrics the number of visitors, bounce rate, traffic source, etc.

Advertisement cookies are used to provide visitors with relevant ads and marketing campaigns. These cookies track visitors across websites and collect information to provide customized ads.

Other uncategorized cookies are those that are being analyzed and have not been classified into a category as yet.

SAVE & ACCEPT
Powered by